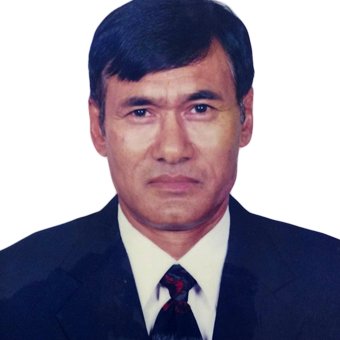 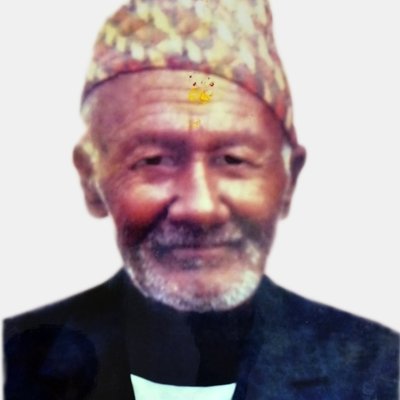 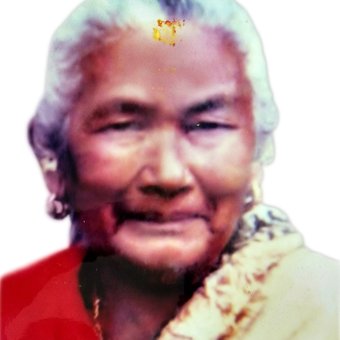 Er. Dhan Prasad Shrestha was born on 4 September, 1944 to Mr. Jeet Bahadur Shrestha and Mrs. Gauri Maya Shrestha in Jaljala village of Terahathum, Nepal. Er. Shrestha completed his Bachelors in Engineering in Civil Environmental Engineering from University of Roorkee in India and attained his post-graduate degree in Sanitary Engineering from Delft University of Technology in Netherlands.

What instigated Mrs. Gauri Maya Shrestha and her son Er. Dhan Prasad Shrestha to establish an organization dedicated to helping disabled children in rural Morang was the birth of Seena Kumari Shrestha, Er. Shrestha’s daughter. At birth, now Mrs. Seena, was a normal child and almost perfect, except for a tiny tumor in her lower spine. By the age of three, her tumor had grown to a size where there was no other option but to have it removed. The operation was successful in eliminating the tumor but it left the lower half of Mrs. Seena’s body immobile. The years that followed the operation was difficult for the entire Shrestha family. To cope with a disabled Seena was taking an emotional and financial toll on them, but they were patient. They waited for miracle to happen, never giving up on the tiny gleam of hope that maybe one day Seena will be able to walk. But that never happened. Er. Shrestha shares, “The first four or five years after the operation was frustrating. It wasn’t Seena’s helpless state that ate me away from the inside. It was my helplessness to do something for my daughter that killed me. And the same was for the entire family.” But they persevered and came through it. And so did Seena. Time healed the bruises of the operation and the emotional pain that came along with it.

Today, Seena is happily married and has a 14 year old son. Er. Dhan Prasad Shrestha and his mother Mrs. Gauri Maya Shrestha feel that it was their stable economic condition and the understanding and support of the entire family that contributed to a normal life for Seena. If the same situation was faced by a poorer family, they would have crumbled beneath the financial and emotional needs.  It is this realization that prompted zeal and determination to help the disabled of rural Nepal and their family. And so in 2001, Shri Jeet Handicap Service Center was established after the name of Er. Shrestha’s late father (Jeet Bahadur Shrestha). 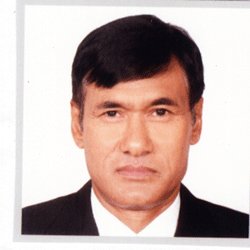 Er. Dhan Prasad Shrestha – Founder/President
Er. Dhan Prasad Shrestha spent his professional career giving his service to the Department of Water Supply and Sewerage for the Government of Nepal.  After his retirement Shrestha has been consumed with the establishment and smooth operation of Shri Jeet Handicap Service Center. Although being a President of an organization usually involves very little hands-on work and more paperwork, Er. Dhan Prasad Shrestha has been taking care of both. He isn’t the kind who would sit in a reclining chair and watch others do the work. This is because of his past career as an on-the-move engineer and because helping disabled children is an issue close to his heart. When he is at the shelter of Shri Jeet Handicap Service Center in Morang, he is always on the field talking to the local community and helping them understand the depth of disability issues. And when he is not at the center, he is always on his heels to aware people about the needs of disabled children in rural Nepal and collecting help.
Mr. Om Kumar Shrestha – Vice President
Mr. Om Kumar Shrestha served the Indian Military until he retired. Being in the army has taught him a lot of things, one of which is compassion. Having been in the frontline of many battles, he has had near-death experiences, seen people die and have had mates who lost their limbs and other body parts in the line of duty only to live a disabled lifestyle. Mr. Shrestha understands the emotional pain of being disabled, and had always wanted to serve them. Now that, Mr. Shrestha has retired from his service to the army, he is with Shri-Jeet Handicap Service Center to serve the disabled. Mr. Om Kumar Shrestha, as the Vice President of the organization assists the President in decision making. When the president is absent, he looks over the organization and takes on the president’s role and responsibilities. 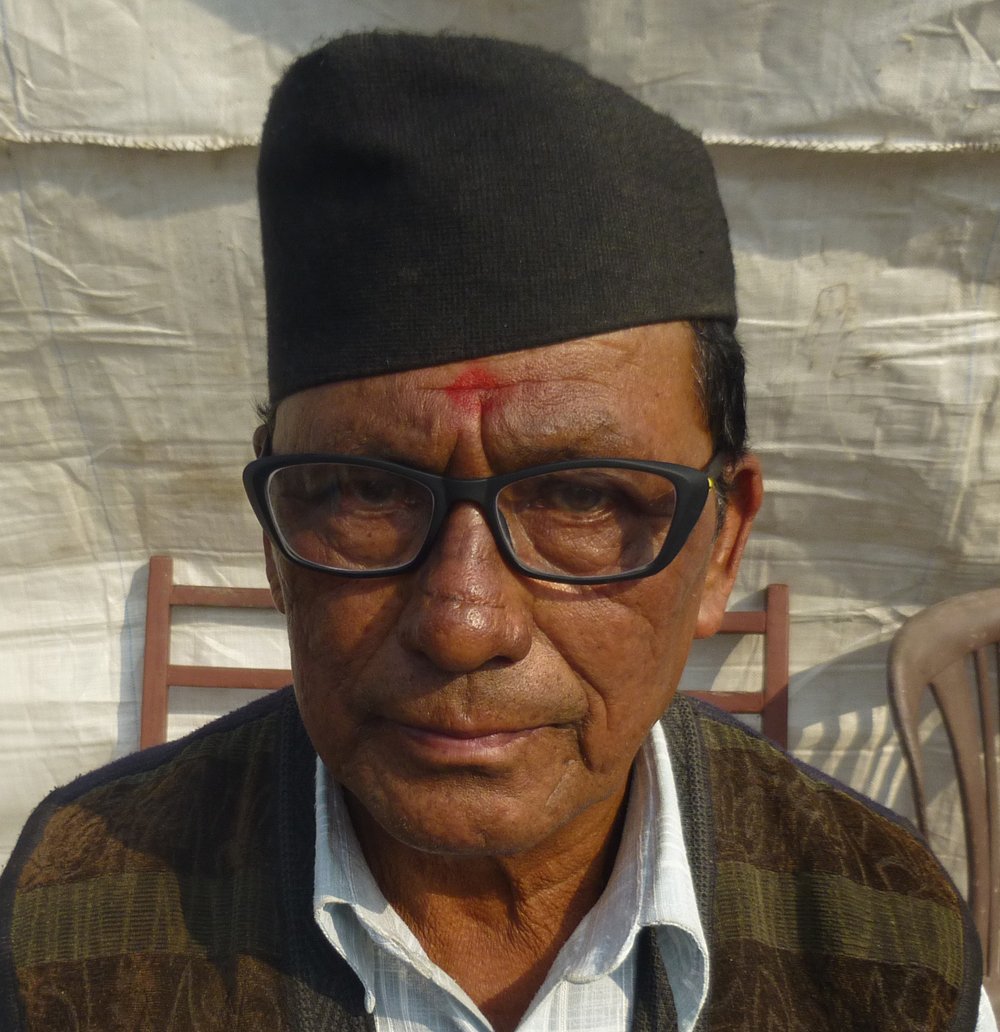 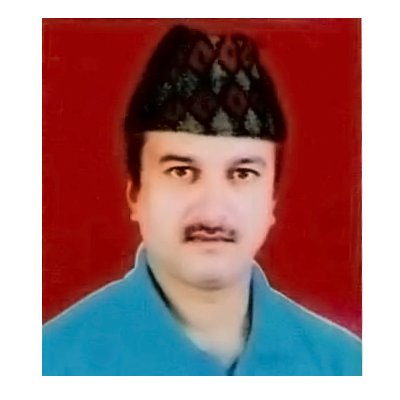 Mr. Jiwan Kumar Chapagain – General Secretary
Mr. Jiwan Kumar Chapagain is a veterinarian by profession. He has been serving in the Veterinarian Department of the Government of Nepal for the past 8 year. Having dedicated his life in a sector where care and support is the essence for the survival of the victims, he understands the needs of the vulnerable groups. Involved as the General Secretary at Shri-Jeet Handicap Service Center, Mr. Chapagain takes care of the documentation of Shri Jeet Handicap Service Center’s policy, agenda and legal work. He is in direct communication with the Board of Directors.
Mr. Manoj Kumar Kedia – Secretary
Mr. Manoj Kumar Kedia is a businessman by profession but a philanthropist at heart. Having come from a family that has business in its blood, it was inevitable for him to eventually follow his genes. But deep down he always knew that he wanted to do more. So when he heard about Shri-Jeet Handicap Service Center, he jumped on the opportunity to help them in any way possible. As of now, Kedia is the Secretary for the organization. He assists the General Secretary with his duties and dons the role of the General Secretary in his absence; all this while he simultaneously looks after his own business in Biratnagar like a piece of cake. 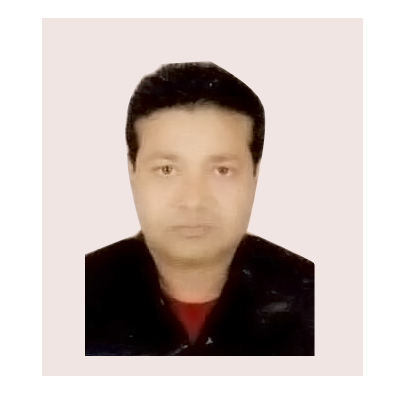 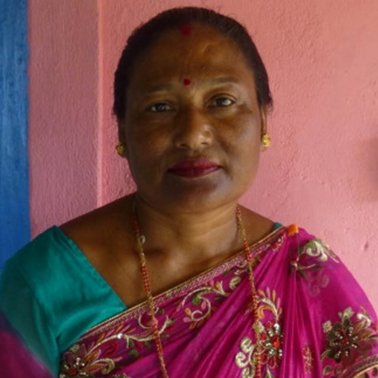 Mrs. Sumitra Shrestha – Joint Secretary
Mrs. Sumitra Shrestha is a dedicated teacher. She has been teaching for nearly a decade now and is passionate about what she does. She loves to teach and learn, and most of all has an all-giving, all-loving heart. Her love for children brought her to join Shri-Jeet Handicap Service Center. When she is not doing her duty as the Joint Secretary of the organization, and not being a regular teacher, she is at the shelter helping out the kids with their studies and doing whatever she can to help the staffs. In the absence of the General Secretary and Secretary, Mrs. Shrestha takes over their role and responsibilities.
Mrs. Mainya Chapagain Shrestha – Treasurer
Mrs.Mainya Shrestha has her heart in teaching. She loves to interact with children and teach them, all the while learning more from the students. Although this is the career path she has chosen, she always finds time to do social/charity work; one of which was coming to Shri-Jeet and helping out the kids with their school work and encouraging them. Mrs. Shrestha is a huge believer in karma and has faith that good things happen to those who do good things. A full-time mom, wife and teacher, Mrs. Shrestha also manages to don on the responsibility of a Treasurer at the organization. She helps us with preparing budgets and make reports on the financial transaction. 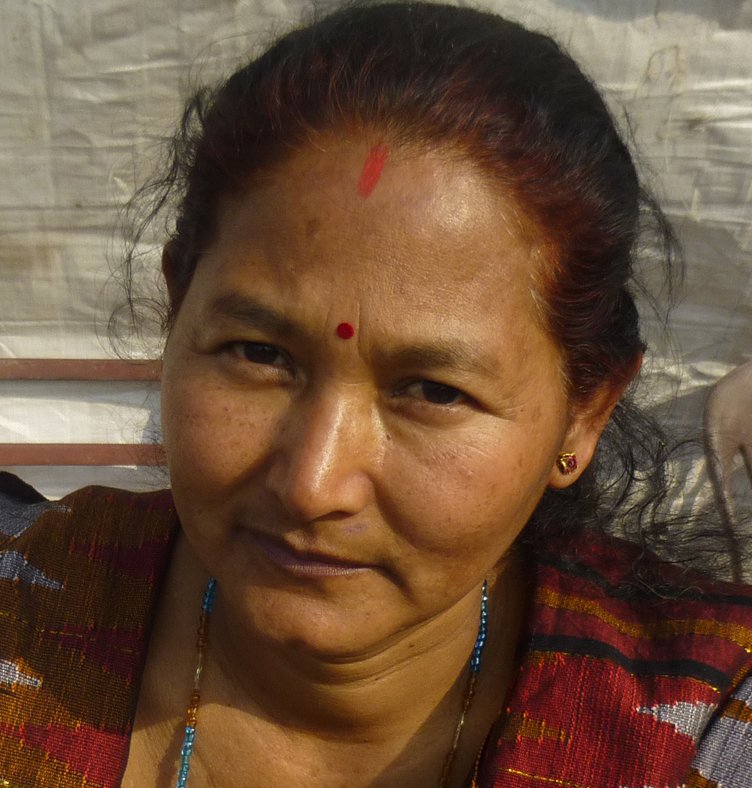 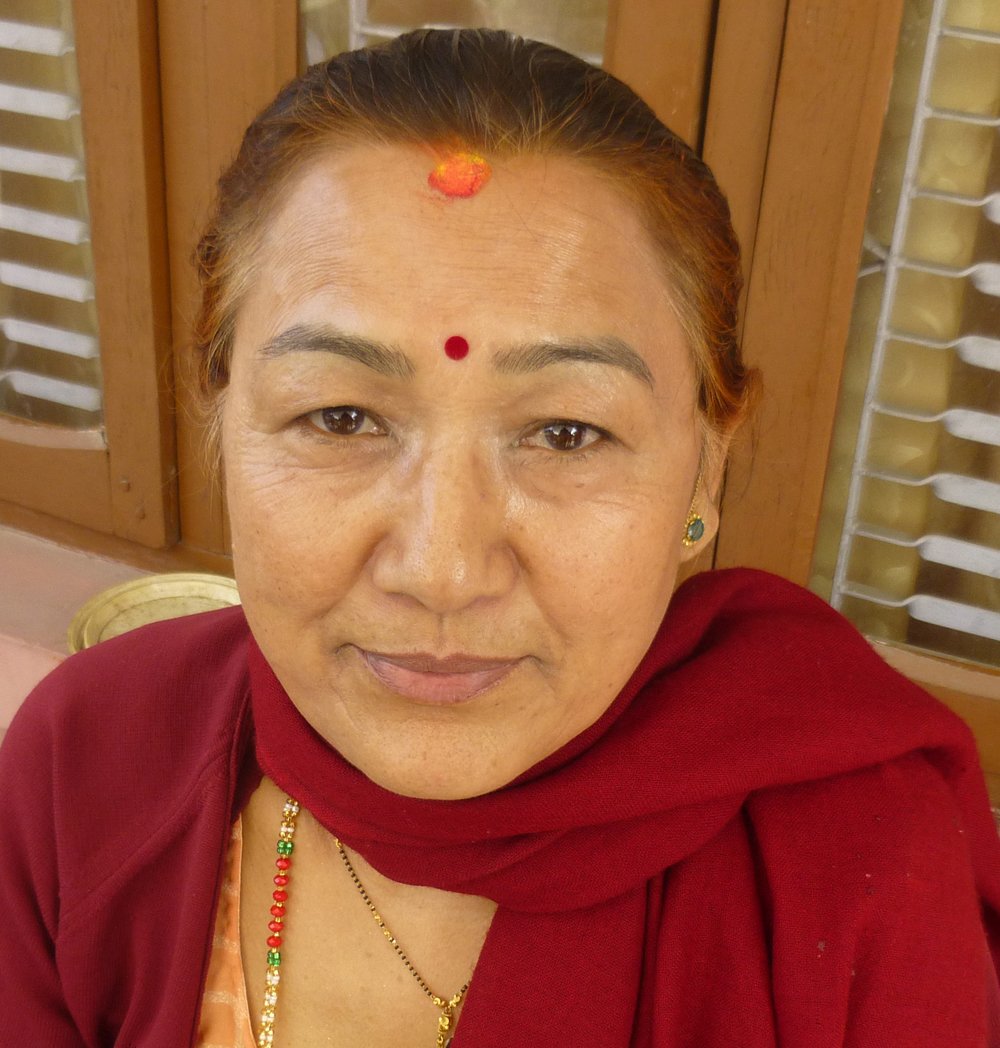 Mrs. Sharada Shrestha – Member
Mrs. Sharada Shrestha is one of the several members at Shri-Jeet Handicap Service Center. One of her biggest dream while she was growing up was to be a social worker. And although she had to focus more on her family business of furniture, she always finds enough time to contribute to organizations and charity works. As a member of this organization, she provides creative ideas for its improvement.
Mrs. Parvati Shrestha – Member
Mrs. Shrestha is a nurse by profession and has always been an advocate of social work. She loves helping people, whether it is taking care of her patients or reading a story book to the children at the shelter. One of the main reasons she chose to become a nurse was to help people. But when she is not at the hospital, she finds the time to keep an eye on the health of the children at Shri-Jeet. She is a member and she provides creative ideas for the improvement of the organization. Her expertise as a nurse also comes in handy in the health care of the children at the shelter. 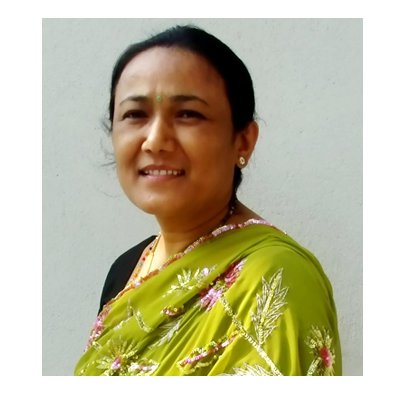 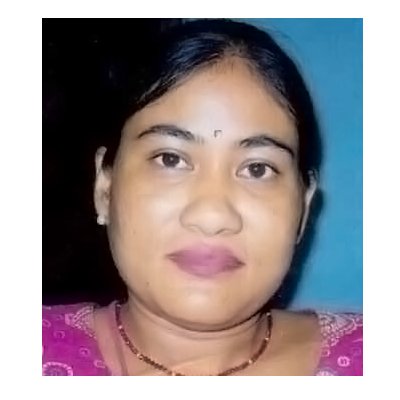 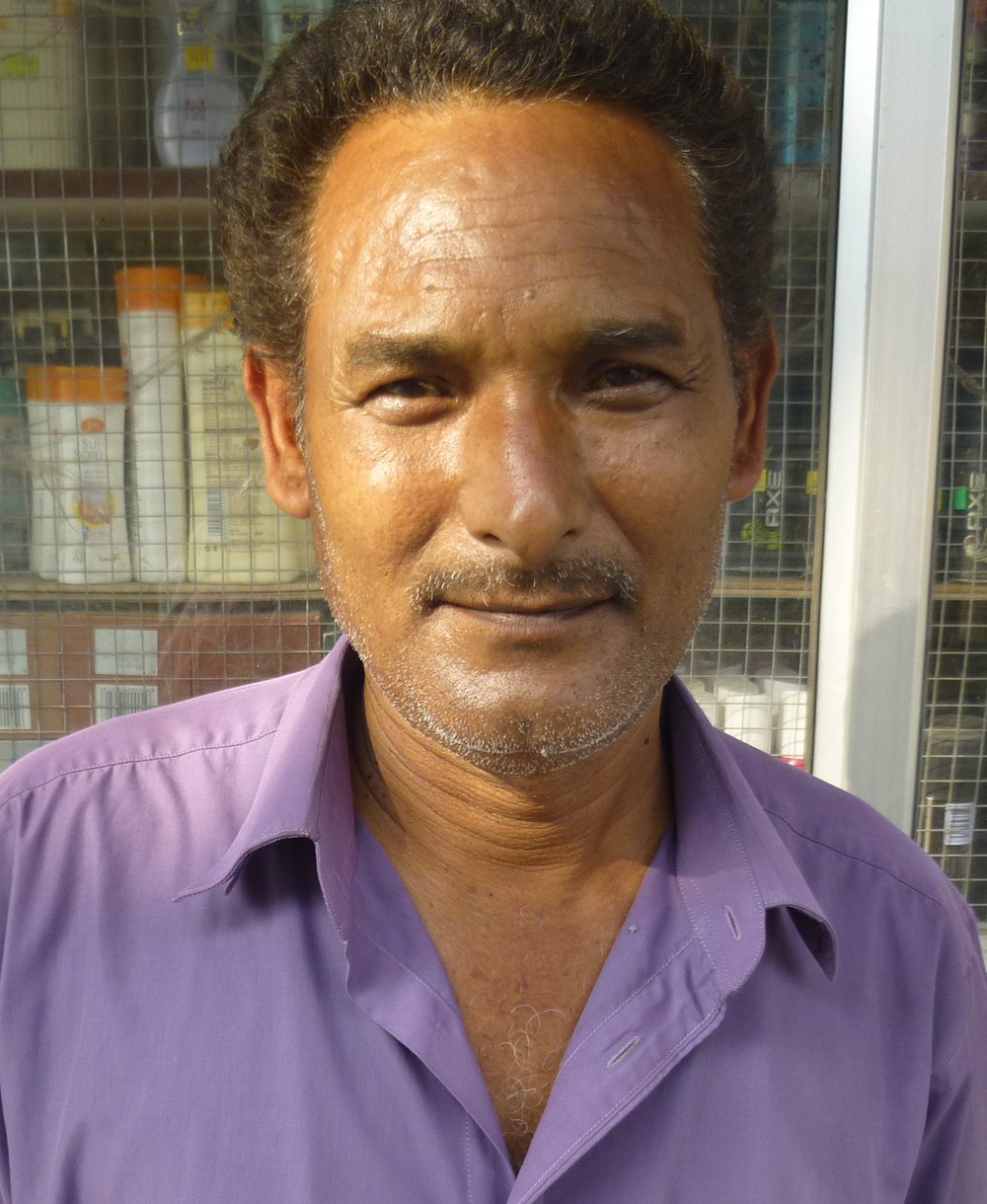 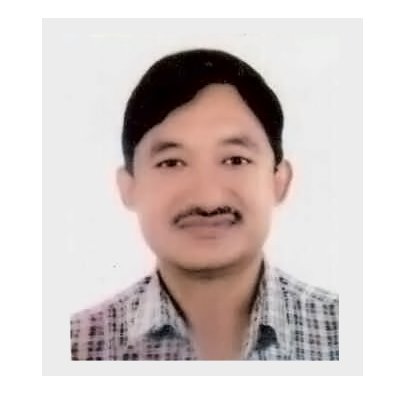 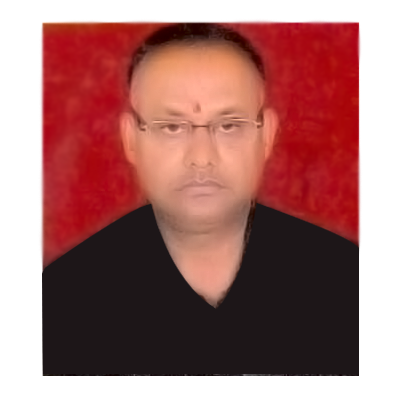 Mr. Jaya Prakash Shah – Member
As a member of this organization, Mr. Shah provides creative ideas for its improvement. His experience as a contractor and supplier has come in handy in the infrastructure development of the organization and the community.